We promised you the stories of our two Macho blokes who have been trialling our Men’s kits –
We hope you enjoy!

Written by Meagan. about her husband, who has never used skin care and –
actually consented to both using it, being written about and having his photos used!! 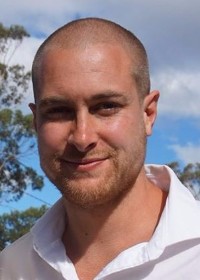 The end of Men’s Month brings the end of me watching my husband master a daily Skin Care regime.
He has pretty good skin, is very outdoorsy, loves the ocean and never – seldom wears a sunblock. He doesn’t really believe in skin care though nods his head when he is told, and is interested to read about the science behind Osmosis.  His background is in science and he works in a scientifically based field which has helped him see the relevance. Here are my observations from the four week period. You can read the funny stories from his initial use if you look back on our first men’s month News.

His skin really does look amazing! I would have used the words plump and glowing – but he took that as an insult and thought i was saying chubby and greasy!!  He just looks fresh! I feel like he would continue to use the regime without any reminding now, but he also did ask ‘Does this mean i don’t have to do it anymore”.

Sometimes men and skin care are a little tricky, I’m not sure if he’s pretending not to care to seem masculine, or is it possible he’s actually enjoyed using it as well as the results. He definitely has needed less “nagging” to use his kit as the month has progressed and he has mastered only using one pump plus saving the cleanser for just his face rather than using it as a total body wash!

In a magical world, I would convince Chris to have a series of Dermafrac treatments. It’s a great treatment for those with some (or a lot) of sun damage and left over acne scars (not Chris).   Dermafrac is something that would tie in
perfectly with his at home care. If you, or your man would be up for microdermabrasion and skin needling, definitely take the plunge and suggest a series. The difference in both men and women’s skin when using
product with treatment is extraordinary.

What I was surprised about, was the product I thought would be the trickiest, was actually Chris’ favourite!

I thought, Cleanser, fine, Moisturiser, fine, but the serum would be pushing my luck. He said it kind of tingled at first, but then made him feel really ‘clean’ and he’d prefer to use that over a moisturiser. Men hey! 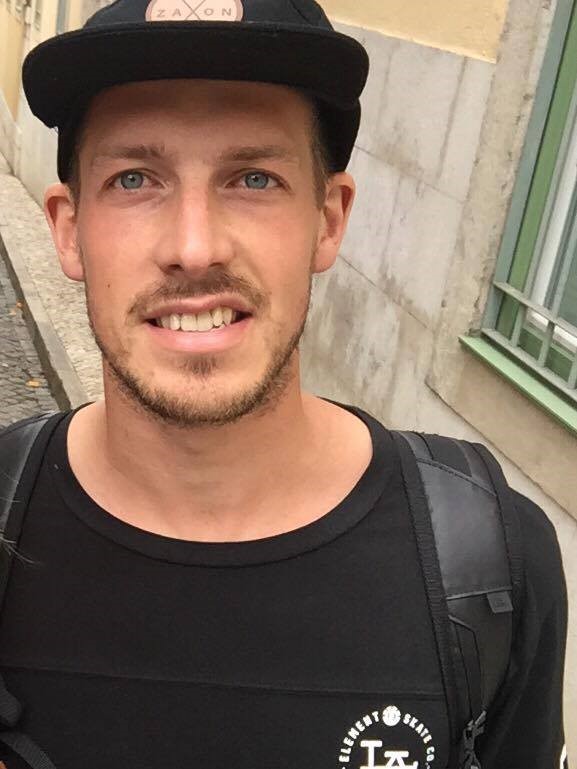 Macho Man 2 – Joe
Whilst my Husband Chris has been trialling the Osmosis pack, our good friend Joe has been putting the Aspect Dr pack to the test. He has now used it for four weeks, so we asked for his opinion/thoughts on it.
Joe works outdoors as a Carpenter, so his skin is exposed to all weather conditions. He seems to have a tan all year round, so we asked if he uses a sunblock

“Nope, only when surfing in Summer I’ll put on zinc sometimes so I don’t get fried”

The Aspect Dr kit is perfect for Joe, as it contains aDeep Clean cleanser, great for removing the dirt and grime of a construction site. The Active C Vitamin C serum is a powerful antioxidant fighting free radicals and helping the sunblock to perform better. There’s also the Dry Touch SPF 50 which we’re dying for him to use every day.

Unlike Chris, Joe found the products very easy to use. Wash face, put on serum, rub in sunblock and away he went. He used comments like “It’s so easy having it in the shower, I use it every day”, “I feel like the serum is making me look younger-because that’s what my girlfriend told me it’s doing”, “I feel so clean” and “There’s no greasy feel at all, I can’t even tell it’s on”.

We noticed the Aspect Dr Vitamin C Serum made a dramatic difference in his skin tone. It looks genuinely healthier, as the antioxidants rid him of the ‘rough’ texture that sometimes comes with tanned skin.

It’s great to know that Joe would happily continue this routine.

The after shots!   Thanks guys! 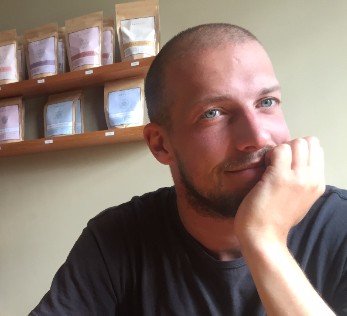 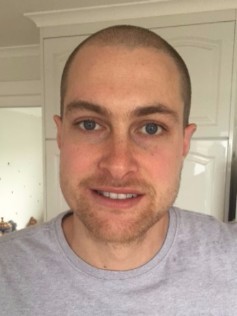 We sincerely thank these “Men” for their time, their skin, their efforts and especially for their honesty in their opinions of what came easy and what didn’t. They have both said they will continue with looking after their skin as they now realise it’s ok, it doesn’t hurt, they look and feel better and, most importantly their skin will be healthier for it.

Hopefully this helps / intrigues / inspires you to start skin care yourself – or start chatting to your man about it. Men age, dehydrate, get acne, blemishes, and pigmentation just like women. It’s important to treat and look after it!
Don’t hesitate to head yourself or your man to our online consultation page if help is needed.

We’ll be leaving the reduced price on both the Men’s kits for the time being – just in case we’ve inspired you to make a change.

If you would like more information on caring for specific male skin concerns check out our Men’s Skin page.

During Men’s Month we asked our female clients about the men in their life’s skin; their attitudes and whether they used any product, including Sunblock.

The general consensus seemed to be that
men are now willing and are asking questions.

However most don’t want to be seen to be buying product and are uncomfortable in traditional female beauty places so they simply avoid the issue.  It seems they will use it if it is easily accessible in the shower and bathroom sink and if the sunblock isn’t greasy.

Men, believe it or not hate that greasy feel!

The products in our Men’s kit are a great way to start, then once a routine has been established suggest adding a Vitamin A serum and using their sunblock EVERY day!  The advantage of the Osmosis MD products is that they can be safely used either morning or night (or both and are definitely effective both in male and female skin. So these you can share!
Did you enjoy this? Why not Share it?

Get expert skin care advice and product recommendations from our Qualified Doctor and Dermal Therapist - For Your Best Skin Ever!

Create your free account now and save $15 on your first order. PLUS you earn loyalty points for every dollar you spend for a discount on future orders - Nice!

As a member you’ll be the first to receive special offers and our fortnightly e-News – packed with facts and advice about skin concerns, best ingredients, the latest research and be one of the first to hear of new products and our exclusive promotions.

Create My Free Account
Help Me Choose My Products

Would you like to understand how to get the skin you want? We’ve created a science-based product recommendation guide to help you create a healthier, better-looking skin - starting with Skin Care 101. Get FREE access to our product guide to help you choose the best products to improve your skin.

Get the skin you want!

Science-based insights and advice for your best skin ever!

Thank you for registering!

You are on your way to your best skin ever

(NB: you will complete your registration on the checkout page)

Here is your $15 discount code we promised:

Please copy the code down and use it on the cart or checkout pages. For your convenience, we have also emailed the code to you.

NB: you only need to do this once and it should take less than 30 seconds

Why are these questions necessary?
We now stock some highly active skin care products, some of which may not be suitable for your skin type. Our Skin Advisors will review your questionaire and your order to ensure the product’s suitability.

Download your ultimate guide to managing pigmentation for your skin

Download your ultimate guide to a skin which ages more slowly

Download your ultimate guide to having clearer, pimple free skin

Welcome to our Community!

Thank you for subscribing to our Skin Facts blog. You’ll now be one of the first to hear of our specials and new products plus be on top of everything you want to know about skin care and your skin.

$15 off your first order and then earn Loyalty Points – Wooppee!

Please copy the code down and use it on the cart or checkout pages. For your convenience, we have also emailed the code to you.

PS – If you add us to your mailing list you’ll avoid all that wonderful news hiding in your spam folder!

Congratulations!! You are on your way to a smoother, less red and irritation free skin

Here is your Rosacea PDF and for your convenience, we will send it to you by email too

Congratulations!! you are on your way to solving your skin concerns and the creation of a healthier, younger skin

Here is your Vitamin A PDF and for your convenience, we will send it to you by email too

Congratulations!! You are on your way to a more even toned, smoother, younger skin

Here is your Ageing PDF and for your convenience, we will send it to you by email too

Congratulations!! You are on the way to choosing the most anti-ageing product available: well done, There is a UV Protection product for every skin!

Here is your UV PDF and for your convenience, we will send it to you by email too

Congratulations!! You are on your way to a more even skin tone

Here is your Pigmentation PDF and for your convenience, we will send it to you by email too

Congratulations!! You are on your way to clearer, blemish free skin

Here is your Acne PDF and for your convenience, we will send it to you by email too

Would you like to understand how to get the skin you want?

We’ve created a science-based product recommendation guide to help you create a healthier, better-looking skin – starting with Skin Care 101. Get FREE access to our product guide to help you choose the best products for your skin.

Already part of our Community?

Welcome to our Community!

ALL orders receive a FREE Aspect Dr Multi B!

All purchases today (Australia Day) will receive a